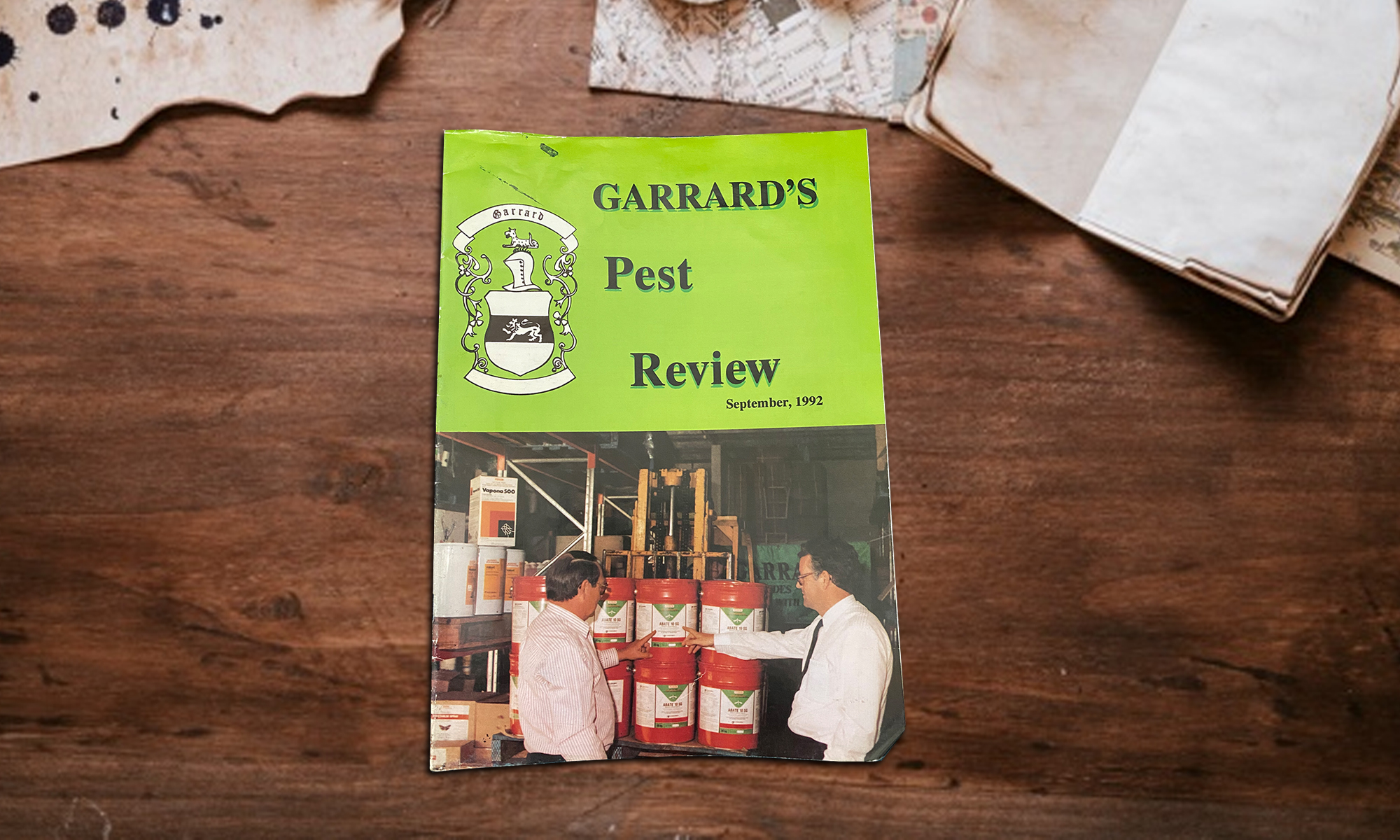 Garrards commenced trading on the 26th April 1985.  Soon after, Chris Garrard started Garrards Bulletins (before computers were commonplace) which were collated, stapled, and folded to be mailed with the monthly statements.

The first edition of Garrards Pest Review magazine was published in September 1992 and was 24 pages. The magazine has grown to over 56 pages.